I served in Vietnam with the US Army from August 1968 to August 1969. Since then I have made three trips back (1994, 1995, 1996). These are some of the people I met along the way during these return trips. All of my trips were arranged by Gerry Schooler of Viet Tour Expeditions--he has developed great contacts in-country and can get you just about anywhere. My brother went with me on my 1996 trip back. He didn't make it to Vietnam during the war but served with the 3rd Infantry Division in Germany as an FO. 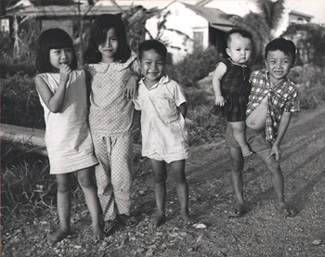